From Beazley to Stellarton: HaliFASTers headed to provincials! 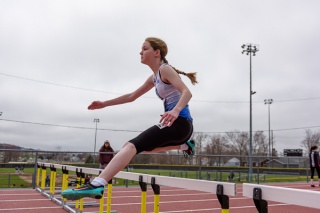 With provincials coming up this weekend, HaliFast would like to recognize and congratulate everyone headed to Stellarton to compete! Over the past few years we have seen big performances from all our athletes at the high school level and this year is no exception.

We also have some Honourable Mentions for those of you that came SO close to making the top four!

Bobbie Wilson came sixth in the discus and shotput.

HaliFast also wants to give a shout out to everyone that competed in the meets the past few weeks. Our club is all about encouraging everyone to participate and develop a love of track and field. With the outdoor season approaching we just want to remind everyone that where you place in a meet doesn’t always show your progress.  We hope everyone is ready to compete as a team this year and shatter your own personal bests!

We apologize if we missed anyone. Please let us know immediatley!